To say that the 2020-2021 span was unprecedented is not to say much. We'll spare you details that you have heard many times over and focus on one important thing: the dust has settled now, and it is safe to say what trends will govern over the pharma world for the following years.

So what do we know? Telecommuting is still the majority's M.O, the people became more conscious and more interested in healthcare-Auxilliary topics, and the social distancing increased social media's grasp over people's communication. Some may say these things are boons; others will call them curses. Opinionated debates aside, what these developments provide is an opportunity: to grow one's business and to capture the demographics previously unreachable. The following are some major trends that one ought to pay attention to if they want to stay on the cutting edge of value communication.

So, does social media pose a threat to the perception of pharmaceuticals? Absolutely. Does it also offer an opportunity to turn things around? Most certainly so!

This belief is shared by Kris Sterkens, Company Group Chairman at Jansen EMEA. Sterkens had the pleasure of making an opening statement during the latest NEXT Pharma Summit. He shared many thoughts about the expectations and challenges that the pharma industry will face in the years to come. Among many factors, Sterkens was quick to highlight the pivotal role that social media plays in the current battle between information and disinformation and how people are no longer content with being passive receivers:

The medical and pharma industries have been "guilty" of facilitating such a relationship. There is an arcane quality to the creation and administration of the cure that laypeople do not necessarily comprehend. The relationship between the pharma and the customer thus always relied on a certain degree of trust that the drug manufacturer offers you medicine only with the most honest intentions. Circling back to the current situation, queries of "what is in vaccine"-kind, it becomes evident that it is about time to re-evaluate and reconsider existing communication channels.

The enduring success and popularity of dedicated social media platforms like PatientsLikeMe demonstrate that people (especially those living with complicated conditions) are no longer satisfied with a dynamic where they are passive and obedient, and their counterparts are omniscient and infallible. Especially, when these very platforms prove that sometimes patients' wisdom supersedes scholastic findings.

Indubitably, the current ignorance, fear, and antagonism of all things pharma and medical that circulate Facebook and Twitter are not substantiated, but it is a fool's errand to hope that it will dissipate on its own. Instead, the current situation ought to be seen as an opportunity. Rather than waiting for people to come to you, companies need to be proactive in the creation of communication channels that go above mere press releases and official statements. 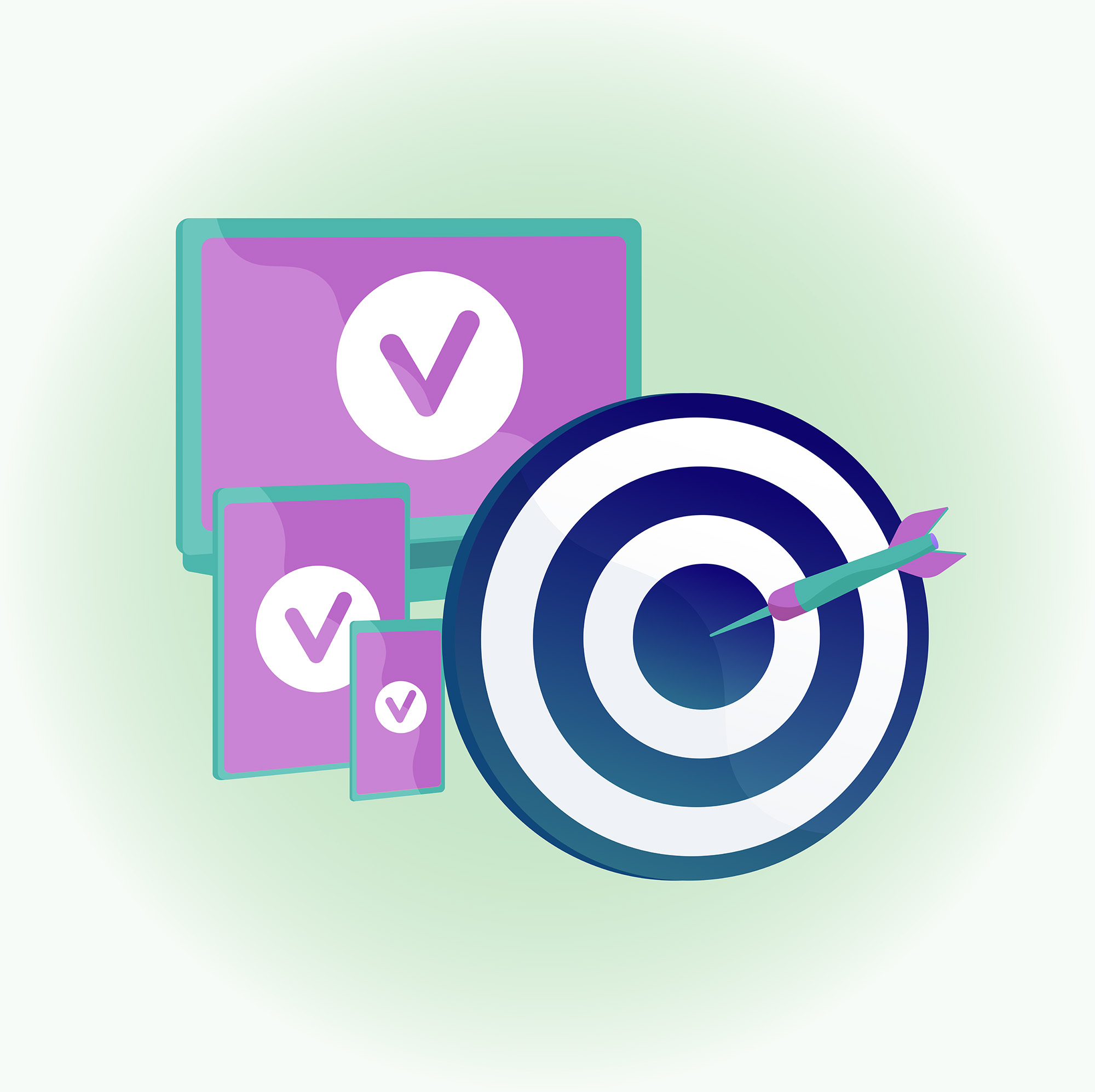 The growing popularity of platforms like TikTok, Twitter, and Instagram showcase that modern users do not boast the longest of attention spans and that they prefer their content visual not textual. Indeed, a report by Inderdigitalconsulting suggests that by 2022, the video will comprise 82% of the global Internet traffic. With the role of the mobile users also increasing (at the time of writing, mobile traffic accounted for 56.12% of total global traffic), it wouldn't be shrewd to pass up on an opportunity to capitalize on this rising segment of the market. Leslie Xie, the co-founder of Topline Consulting, believes that the short video format (<30 minutes) will rule the future:

The main emphasis here is personalization. The modern consumer is much more skeptical, educated, and curious. They won't be persuaded or enticed by the "Drink your Ovaltine" propaganda printed en masse. Such detached, impersonal advertising might have the opposite effect. The answer to this riddle? Data! Lots of data.

All Internet dwellers leave a trail of sorts: what they look for, what they buy, what content they enjoy. By sorting through that data, it becomes easy to tailor the media content for maximum engagement. Depending on your goals and the selected demographic, personalized videos can range from explicitly unique content to a more generalized video that is segmented depending on the user's choices and queries. For instance, you can create a longer video that explains everything about your product but omit parts that would be less relevant to the particular user (e.g. age-specific side-effects or issues), and these decisions will not be delegated to a human that can hit-or-miss but to a dedicated data-processing AI algorithm.

Yet another opportunity offered by the video format is testimonial videos. Testimonials remain one of the more potent tools in the marketing arsenal, and it often becomes a deciding factor that convinces an individual to purchase a product. Simply put, people will sooner put their faith in an individual rather than a disembodied narrator or a marketing press release. Once again, the utilization of big data allows us to create testimonials that are more relatable and approachable. What's, even more, is that at the cross-section of the video, social, and digital there is yet another trend that pharma companies should pay attention to...

Trust is a difficult thing to earn, especially for a company that tries to sell you something. Although some people are less skeptical than others, most people understand the purpose behind any advertising - to sell a product. That does not necessarily make a company untrustworthy by default, but it does compel people to think twice about any statement they hear. Creating an organic, intimate relationship with clientele poses a challenge that the so-called influencers, opinion leaders, pose to solve. Whether through YouTube, Instagram, or any other digital outlet, influencers are content creators that build up a loyal following by producing genuine, specialized content. For many, influencers' opinions quickly turn into facts and become deciding factors in their purchase/abstinence from any product or service.

"Patient influencers are allies who can help, and are trusted intermediares that other patients look to for information, guidance, and support." David Goldsmith, CSO, WEGO Health

For example, in one marketing campaign, a pharma company collaborated with patient influencers that created content about unspecified yet rare health conditions. Patient influencers told their viewers to download an app that would track their symptoms and well-being. Allegedly, the said campaign resulted in 1.6 million impressions and ~240,000 video views, making such an experiment a resounding success.

Though the kneejerk reaction to the term "influencer" might evoke an image of someone dancing on TikTok and selling snake oil detox teas, the implications of such a status are a lot deeper and elaborate. There is no denying the fact that a considerable % of the global population harbors distrust towards institutionalized medical and pharmaceutical companies. Oftentimes, such distrust is compartmentalized along socioeconomic and cultural lines, making outreach to some demographics through conventional channels almost impossible. In the United States, for instance, the Black and Hispanic populations express a significantly higher distrust of physicians than their White counterparts, citing racism and bias as justifications. Patient influencers, however, do not suffer from the same distrust, because they do not represent an institution yet stand as individuals eager to help others suffering from the same condition.

Outreaching to patient influencers thus becomes an avenue to grow and promote one's product among the demographic that explicitly needs it. Medical organizations have grasped this nuance a while ago, but pharma companies seem to be lagging behind. According to the WEGO Health questionnaire that surveyed 412 patient influencers, there is a discernable gap between pharma companies and other health-related institutions when it comes to collaboration with influencers. Given the proven effectiveness of influencer-led marketing campaigns, this barren field is ripe with opportunities for pharma companies that are eager to connect with customers directly. 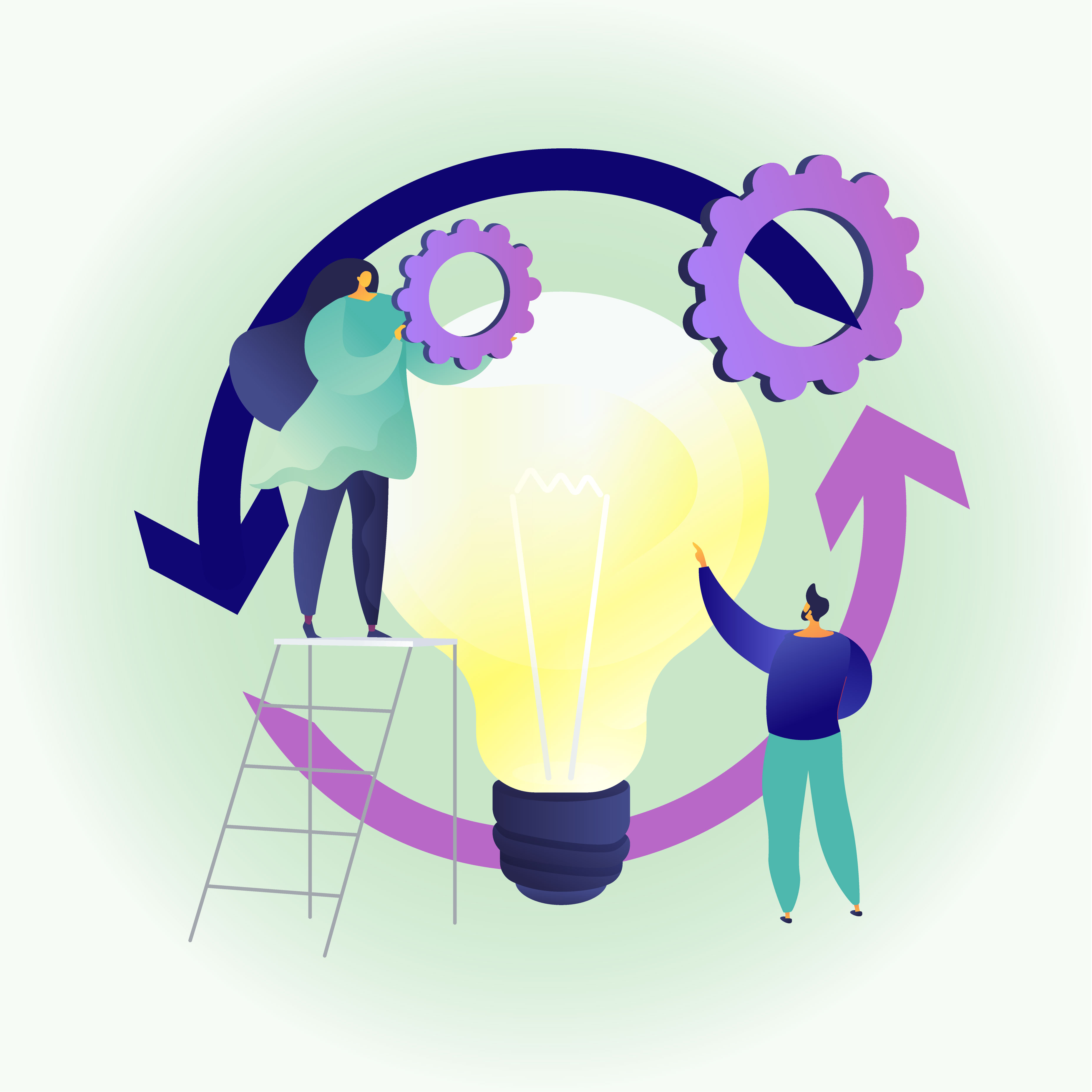 We currently exist somewhere on the fringe between digital and physical workspaces. Although it seems as if white-collar jobs rely more and more on digital environments, their use is still supplementary; it does not fully tap into the potential of digital applications. Thinking about how people use Google Drive, Slack, and Zoom to collaborate, it all feels quite rudimentary. An imitation of physically shuffling documents around, talking, and passing around visual aids was appropriate for the times when it was a rarely implemented necessity. Now that remote presentation and work are not exceptions but a rule, we begin to perceive more and more issues with the current use of digital workspace. One study observed 60k+ Microsoft employees over the first six months of 2020 to determine the impact of telecommuting on their productivity and creativity. One important finding of this research was a reduced capability to convey complex concepts and ideas: "Not only were the communication media that workers used less synchronous, but they were also less ‘rich’ (for example, email and IM). These changes in communication media may have made it more difficult for workers to convey and process complex information." Pharma concepts are pretty tough to grasp as is, and the current challenges in communication do not make it any easier.

So, what is the solution? The solution is realizing that while there are always going to be things that are better-done tet-a-tet, there are still ways to explain and convey complex data without whipping out your 100+ slides PowerPoint. Solutions such as Vablet, a dynamic, reactive application that lets users tweak and edit existing data on the fly, fully leveraging the fact that the computer screen is unlike a piece of paper.

As it is unlikely that we will cease relying on Zoom calls and alike in any foreseeable future, it is self-evident that the industry needs to reconsider its approach to value communication especially when it comes to projects in domains as complex as that of HEOR.

5. Keeping It Simple (But Not Stupid)

Demonstrating value is not only about beautifully presenting data. Beauty is in the eye of a beholder, after all. It is also about understanding your audience, knowing how they communicate, the language they use and are comfortable with.

"People talk about 'oh, I've got this bad itchy leg and you know I've had a bit of a funny turn' and we need to understand that language and that's what makes it so different to the professional language that we use in the industry." Thyago Ohana, Global Digital Transformation Strategist from UCB

Understanding these nuances is not only about efficient communication but also about demonstrating value to the consumer. Such an approach effectively speaks: "Okay, I know what you want and need, and I understand what concepts you treat as valuables and which you don't" It compels an individual to be more receptive to try and mimic empathy that you have just communicated. While creating an application to train GHEOR's country affiliates, this philosophy of making work with data engaging and rewarding was at the forefront. The success behind such an approach is not about condescension nor it is about talking down to people that do not know better. It is about understanding that time is the scarcest resource, and there are but a few better ways to demonstrate value than to try saving it.

To understand how to simplify and streamline the presentation, one must process a substantial amount of data both empirical and anecdotal to comprehend the needs and wants of any given stakeholder, which is why communication and connection will be the name of the game for the following decade.

8 Breakthrough Design Trends That Will Impact Your Business 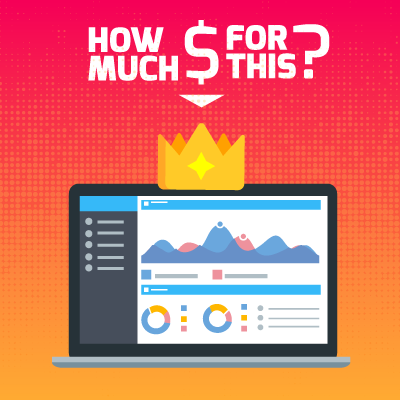 How Much Does It Cost to Develop a Web App?